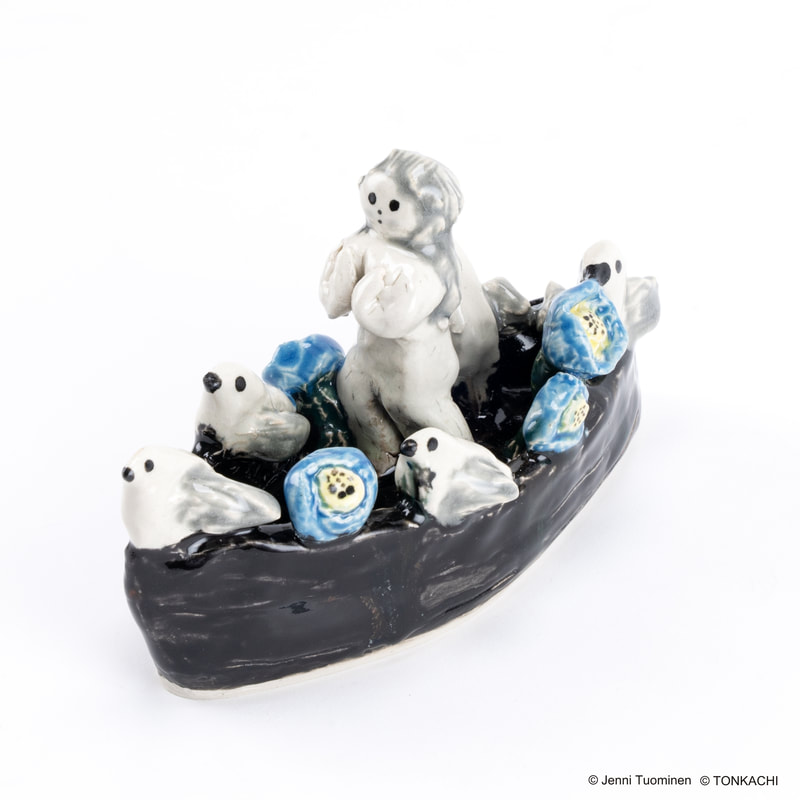 Gallery NOKOGIRI (Shibuya, Tokyo) is pleased to present 28 episodes, the first solo exhibition in Japan by French artist Clémentine de Chabaneix. The exhibition will feature a total of 28 ceramic works on display for the first time. Clémentine is the granddaughter of the world-renowned sculptors Les Lalanne. She overturned the world's formidable preconceptions and liberated herself as an expressionist and established her own originality. On the surface of her work, which is reminiscent of Japanese animation, indigenous horror and anaesthetic comfort cohabit. Theatrical yet refusing to become a narrative, dreamlike yet sharpening consciousness. It is defiant yet infinitely tender, psychological yet unable to find reason. The cast attempt to overcome reality by sharing the same script and the same anxieties. There is no applause, no orchestra, no dialogue at the curtain of the opera created by Clémentine. Just a spotlight on the beating of my heart and the shadow of my existence as I sit in the audience.​ 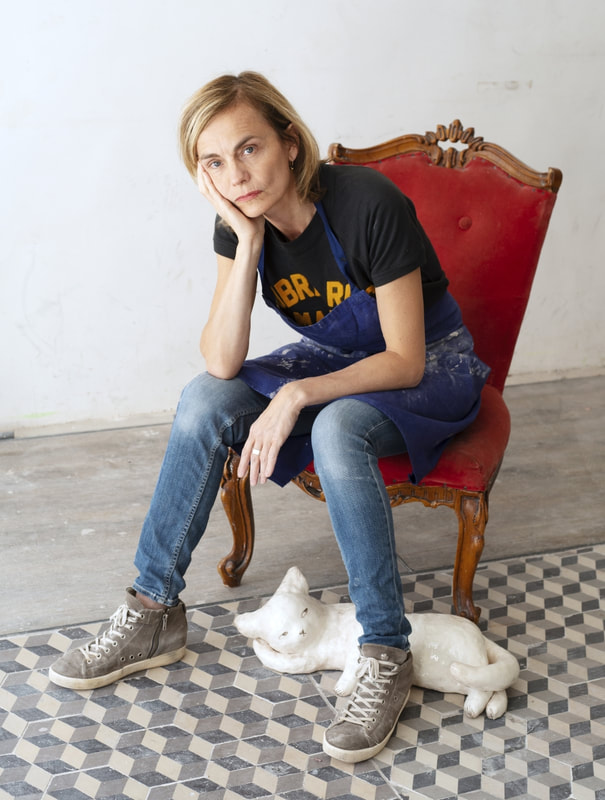 ©︎Capucine de Chabaneix
Clémentine de Chabaneix was born in 1972 in Neuilly-sur-Seine, a suburb of Paris. Her parents were actors and her grandparents were the world-renowned sculptors Claude Lalanne and François-Xavier Lalanne. Clémentine's artistic career began in the theatre, where she studied drawing, painting and sculpture before turning to ceramics. She has arrived at her own unique way of expression, inheriting techniques from her grandmother, Claude Lalanne.

・About the exhibited works

Good way to explain this artwork exhibition is to rely on dream stories.
For example, here is a dream. A play of 28 acts is about to begin. I don't know what it is about, but I am lost backstage. Each cast member has already taken on the role they have been given. Some are rehearsing for the last time, some are doing a mental concentration, some are doing make-up, some are having their crocodiles zipped up, some are moving around, but there is a buzz, excitement and a deep sense of tension in the air. I have been feeling like I know them all very well for some time now. As I get closer and look more closely, I realise that it is my memory that has changed shape. So I already know what the play will be like. No, if so many memories have been gathered, perhaps a different ending has been prepared. I have to go back to the auditorium. But is there a seat for me? Just when I thought, you are this, they put a bat mask on me. Yes, I was part of the cast. The opening bell rings.​